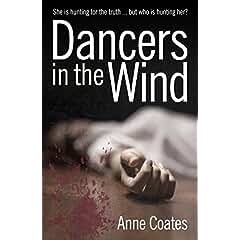 I received this as a review copy (uncorrected proof) from Urbane publications.

This debut novel by Anne Coates is a conventional crime thriller set in 1990’s London, where a series of sex-workers in the red light district of King’s Cross have been murdered. Free-lance journalist and single parent, Hannah, takes on more than she bargains for when Princess, a prostitute she has interviewed for a national newspaper, turns up on her doorstep badly beaten up.

Hannah is torn between her own comparatively easy life and the urge to help. As a single mum she has a good support network for her beautiful baby (incredibly and conveniently well behaved) which allows her to take in Princess, who’s had an unstable upbringing and as a teenage prostitute is living an increasingly precarious life. Until she meets Princess, Hannah has little awareness, that for most women working as sex-workers it is more necessity than lifestyle choice.

There is possible intrigue at the highest level, and more women working the streets are at risk. Hannah finds herself attracted to Tom Jordan the police inspector leading the investigation, but is he genuine or is he as corrupt as the rest? Is he really attracted to Hannah and why does Princess have his ring? Hannah is reluctantly drawn in to investigate a world of corruption and crime and ends up risking everything she’s worked for and even her own life.

In this well-written novel Anne Coates keeps you guessing till the end.