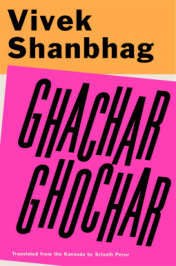 Translated from the Kannada language, Vivek Shanbhag’s short novel is a fascinating but disquieting tale of family rivalry and marital upheaval set against the background of a successful business exporting spices. It is a darkly compelling read and throughout there is an uneasy sense of loss, occasionally lightened by moments of great humour. ‘Ghachar Ghochar it turns out is a made up family word (in the novel) to describe a situation that has become tangled. Exactly what is happening in the novel. There are elements of the modern short story: compression, understatement and a sense of the surreal that suggest a whole world being withheld from the reader, outside the claustrophobic setting of the novel. Shanbhag has published widely and successfully in his own language and I would certainly be happy to read more like this. 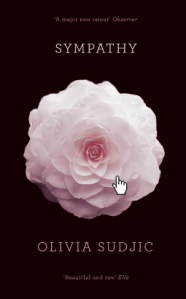 An intriguing story about obsession and stalking in the virtual world of Facebook, Twitter and Instagram. Alice is fascinated by the beautiful, half Japanese Mizuko who she first sees in ‘multiple miniatures’ on the internet.  Travelling from the UK to New York she tracks her down and engineers a relationship with her which starts as friendship; but Alice wants to be her lover. Everything goes wrong as ‘the solid world around me, the reality of it, [was] starting to slide away, like wet sand sinking beneath the water.’ As Alice is caught in a web of her own making, she loses friends, family and a boyfriend. After a drug-fuelled gang rape she spirals into a breakdown. This mesmerising story holds a mirror up to our contemporary world and questions our reliance on ‘the life-starting-over sound’ of our mobiles and all the rest of our fascination with ‘virtual reality.’ A little too long but worth the read. 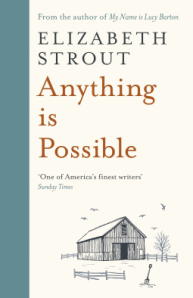 Intricately linked short stories based around a single community and following on from the very successful ‘Lucy Barton’. Occasionally we see people who have reached a state of contentment in life, but on the whole in these nuanced and moving stories we are given privileged access to the sadness, disappointments and pain of men and women who have found that life has let them down. Lucy Barton herself seems to have bucked the trend: she’s the only one of her family to have survived the horrific abuse and neglect they all suffered as they grew up. We glimpse her through other characters’ eyes, signing her books as a successful writer. However, when she comes back to visit her family the veneer of happiness cracks in a terrifying panic attack. No matter what we do to come to terms with our upbringing it doesn’t ever go away. Elizabeth Strout is a fine writer, with an uncanny ability to paint the nuances of mood and feeling and to make great story-telling of the often painfully inadequate way we all attempt to communicate. Recommended.