A compelling portrait of the long professional relationship between the painter, Diego Velazquez and his master, the 17th century King of Spain, Philip IV.

Amy Sackville uses the paintings themselves to create a vivid evocation of a dark, claustrophobic court where power is concentrated on the person of the king. As a young man, Velazquez is summoned to the court and (apart from a few visits home to Seville or to Italy) for the rest of his life there he stays, painting portraits of the king and members of his family.

In times of peace and war, and in the face of personal bereavement, Philip must be seen as a king who makes his confession to god and although melancholy by temperament he must be A Planet King, a golden king to warm and shine upon this golden age. We see the extravagance of the court but we also see the precarious nature of favour – the use and abuse of power; who’s in and who’s out. Inside their black clothes in the dark, [the courtiers] sweat like animals. The overriding requirement is for Philip to provide an heir (male) but this proves to be difficult; and over decades, as he ages and loses members of his family, the king gradually becomes increasingly world-weary. All of this is recorded by Velazquez’ paintbrush. 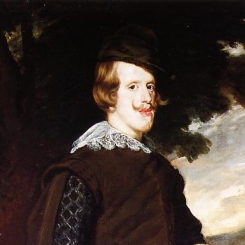 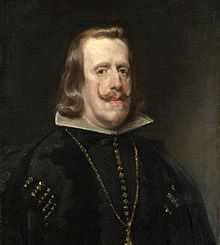 At a time of primitive medical knowledge, with the ever-present shadow of death waiting in the background, we see the fragility of life. A lot of people die in this novel, whether it’s children taken by a fever, women dying in childbirth or people simply succumbing to one of the many illnesses that were untreatable at the time. The brooding sense of imprisonment creeps into Sackville’s own sense of life passing, of the skull under the skin.

The story is told through the eyes of both painter and king, but what makes this intriguing novel even more nuanced is that throughout the work the author places herself in the narrative, as in the work of W G Sebald. In the present day we see Sackville travelling in Spain, researching the period, following in Velazquez’s footsteps and searching for traces of his life beyond that of his paintings.

None of these things, these solid objects on an outdoor table at the centre of this plaza in Madrid this evening, now seem as solid as that glossy red onion that rotted almost four hundred years ago.

Sackville’s language is lyrical and poetic, rich and minutely observed. She describes a feast:

… the larded lamb, the tongues of oxen mute and resting heavy on their silver plates; and the costly scents of spices, of saffron, of chocolate, shipped from the Americas… the almond confections and sticky honeyed fruit and cakes…

What is so striking about this novel is the link between the observer and the observed, how a painting conveys life but (like a photo) is a record of a past moment and, in the case of a court painter, of people who are long dead. Sackville uses words to convey a sense of what perhaps it feels like to make art, the habit of art as a daily occupation; which for an artist is so fulfilling and all consuming. Her own work echoes this obsessional need to work.

Painter to the King is a moving treatise on the brevity of human life, and of how little most of us leave behind, unless it’s art. This is not a depressing work. A moving, thought-provoking and fascinating glimpse into history and into all of our lives.

Amy Sackville (from The Guardian)