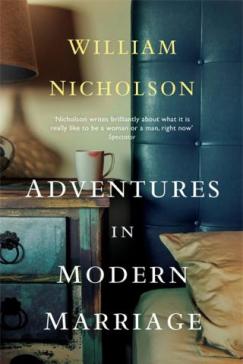 Set in the genteel town of Lewes in East Sussex, the latest novel from William Nicholson, successful screenwriter, playwright and novelist, takes place against the background of the 2015 general election. His middle-class, middle-aged characters have mid-life crises in all their forms, but what makes this novel interesting is the questions it raises: can there be honesty and openness in marriage? If female libido is equal to men’s, then is adultery really so bad if desire is a basic need that both men and women experience? And, ultimately once the children leave home and careers are stalling, how do we live our lives?

Everything is thrown up in the air – for this is a comedy in the traditional sense of the word – but, by the end of the novel, all is resolved: there is no shortage of food in Waitrose, all indiscretions are out in the open, and for everyone there is hope and a future.

Apart from the darkest blot on the sunny landscape: Aster, elderly and dying, has lived with bitter memories of her husband who left her forty years ago. I’ll stop missing him after he’s dead… it’s knowing he’s alive and with the doormat that I can’t bear.’ Her daughter, Liz, who was expected to fill his place, only ever received criticism, not praise. In this moving and melancholy portrait, we see what a waste Aster’s angry, unhappy life has been; and her role in the novel is to point up the consequences of not forgiving or accepting. As Aster is slowly eased out of life by the good humoured hospice nurses, it’s Liz who finally rises to the occasion and sorts everyone out when the novel reaches its climax.

The novel ends with a strong message: You have to learn to live the rest of your life in a new way, by aiming for the maturity to enjoy each day like a second childhood, where tomorrow felt like a brand-new day, waiting to unfold, in which old wounds could be healed, and new joys discovered.

Adventures in Modern Marriage is an enjoyable, gently humorous look at marriage and other long relationships and how to live a good life. In asking for openness and understanding, not forgiveness, it is also quietly radical. 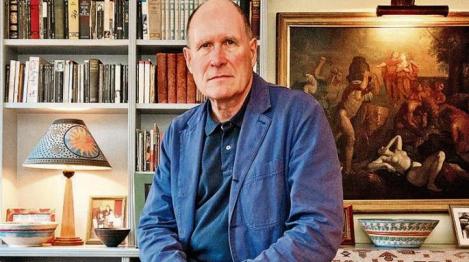 Photograph: Andrew Hasson for the Times

William Nicholson is a well-regarded novelist and has written several loosely-linked novels about marriage and contemporary life, largely set in Sussex. He is also a highly successful screenwriter (Gladiator and Les Misérables) and playwright (nominated for a Bafta and an Oscar for his film adaptation of his TV drama turned stage play Shadowlands)