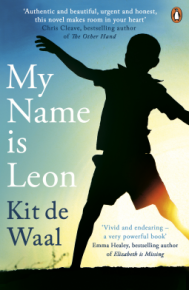 A brother chosen. A brother left behind. And a family where you’d least expect to find one.

The story of one boy’s search for a family. Set in the early 1980’s, Leon looks after his baby brother, but increasingly has to care for his mother as well; and he’s only nine years old. When social services become involved his whole life changes. His baby brother is white and is adopted, but Leon’s father is black so he is separated from his brother and fostered by kindly, larger than life, red-haired Maureen.

In spite of his mother’s mental health problems and the neglect he suffers, Leon loves his mother and wants to bring his family back together, but everything is against him.

Set against the IRA hunger-strikes and the overt racism of the early 1980’s this is a vivid, well-written story that builds to a nail-biting conclusion. Told entirely from Leon’s point of view, the reader sees how family break-up, especially the separation of siblings, can lead to emotional fall-out, but, ultimately, with the right care can lead to a new kind of stability and happiness.

I found many echoes of Paul McVeigh’s debut novel The Good Son, set in Northern Ireland at a similar period also with an unreliable, working class child narrator. This debut novel from acclaimed and award-winning short story writer, Kit de Waal is warm and funny and is told with an authenticity and unaffectedness that makes it heart-breaking. 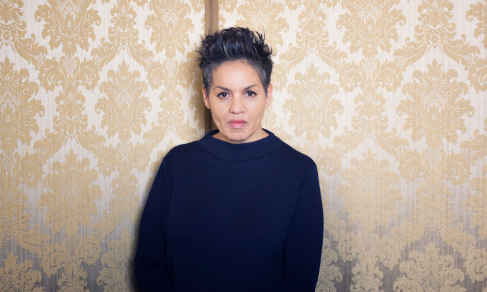 Kit de Waal, born in Birmingham to an Irish mother and Kittian father, worked for fifteen years in criminal and family law. She has an MA in Creative Writing from Oxford Brookes University and is a founder member of Leather Lane Writers and Oxford Narrative Group.

After securing the book deal with Penguin, she used some of her advance to set up a creative writing scholarship at Birkbeck, University of London to improve working-class representation in the arts. In a Guardian interview (3.2.16) de Waal describes how: “When I got a better deal than I ever thought I’d get, I wanted to do something that could make a difference, rather than just buy a car,” she says. “I wanted to really change someone’s life. A creative writing master’s is a guarantee of absolutely nothing, but I wanted to give somebody the chance. A chance they’d never normally have, or even dare think they could have.”

The award is designed to help some of the most marginalised people in society gain access to creative writing opportunities. People from low-income backgrounds or with disabilities, ex-offenders and black and Asian applicants are all encouraged to apply.

**A TIMES and INTERNATIONAL BESTSELLER**